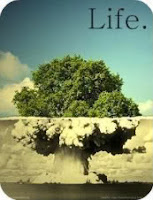 I should just stop there.  It’s hard.  Everything is hard today, yesterday, this year.
It’s hard knowing that a year has passed since we watched fireworks out of my hospital room in Denver and nothing has improved.  It’s hard marking holidays and birthdays amidst days spent imitating life.

It’s hard to know what to do.  What the right thing to do.  What I want to do.  It’s hard.  Especially when nothing sounds appealing.  There’s the off-label treatment that involves getting stuck with an IV and receiving an infusion of a horse tranquilizer. There’s the use of a certain smoke-able plant, legal here, though often used more recreationally than I would attempt.  There’s therapy.  There’s doing nothing.  It’s hard to set down a plan on motion when it all appears futile and inertia is the default mode.  It’s hard to decide when you have no hope of success.

It’s hard to opt for another stab in the dark, especially when he thinks it’s the absolute right thing to try and she’s convinced it’ll kill you.  It’s hard to muster up any emotion over who’s right. 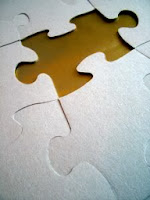 And even when I stop the mental pro/con tight rope dance and book an appointment, it’s not over.  Because that’s when she proposes her new idea, backed by research, convinced it’s worth a try because “what do I have to lose?” And I’m at a loss to defend myself.

Which is how I found myself driving downtown on a Friday night to a hole in the wall doctor’s office after having stopped in at the closest “pharmacy” filled with pizza boxes in the lobby. Crossing into an alternate universe, I filled out the paperwork, forgoing actually reading what I was initialing after “I understand that this product could cause hallucinations…I understand this is not approved by the FDA”. Instead I just scan for blank lines in need of ink and hand it back to the guy behind in the window.

And if only all doctors appointments were so speedy.  Five minutes later I was back at the window, waiting for my cash-only brand new ID.  It really was a very strict policy they have there.  Lots of hoops to drive thru.  The doctor was very thorough.

The requirements? Blood pressure of a living mammal and the ability to stand with your eyes closed and not fall over.  After those three minutes, the crusty doctor wished me a happy year before I’d need to come back and see him and I was on my way.  Who knew?

If anything, the recreational benefits will be appealing to certain family members I’m sure.  I’m sensing an influx of visitors with a whole new tradition for dessert after the mandatory kosher Chinese dinner.  Then again, we’ll probably do that in reverse…

It’d be easier if there was a talking burning bush or if my meditation cards could be a little more instructional: “Lauren, go to Arizona” rather than “I embrace the world with love”.

It’d be easier if the peanut gallery agreed or if I actually had an opinion of what to do.

And all of the bushes on our morning stroll were smoke-less and the rune stone of the day was “acceptance.”

So for the moment I’ll take the guidance and attempt to accept that this is where I am, rooted in the snarly mess of uncertainty and hopelessness.  Accept that for this minute, nothing is so drastically wrong. Accept that it’s hard and try not to drown in the unknowing.

“Have patience with everything unresolved in your heart and to try to love the questions themselves as if they were locked rooms or books written in a very foreign language. Don't search for the answers, which could not be given to you now, because you would not be able to live them. And the point is to live everything. Live the questions now. Perhaps then, someday far in the future, you will gradually, without even noticing it, live your way into the answer.”
Rainer Maria Rilke, in Letters to a Young Poet

Living in the question…I’m awful at it.

So it’s just hard.  I accept that.