As I continue to work on my book, I am expanding, editing, deleting and rewriting some past blogs. This comes from an old post:   Rules for Playing but is the new and improved 2.0 version!

Without rules, we are like children without a bedtime, running wild, secretly seeking some structure.  Even as damaging as some of my early tractates were, they were still rules, allowing for direction and order.  So as I build my own adult life, I look around me and realize that for the first time, there is no one authority figure dictating my choices or outlining their worldview for me to subscribe to.

In the past decade as I’ve moved from state to state and job to job, I sought new teachers wherever I went. Instead of sifting through their lessons and deciding which parts I agree with and which parts I’ll choose to let slip through my fingers, I simply nod and smile, grateful for my new guidebook. It’s much simpler this way. No need to think for myself, no agonizing debates about values and morals, no uncertainty about what to say, what to think, or what to do. The fatal flaw came when I eventually moved: moved on, moved away, moved back and was left floundering, a mess of competing rules from different schools of thought.
As a freshman in St. Louis, I discovered the thrill of breaking old rules, staying up until 3 am on my co-ed dorm floor, running to class in flannel pants, and the entertainment of drawing with sharpies upon the cheeks of passed out floor-mates after beer bong contests.  WashU was a wet campus, allowing freshman to drink on university grounds, and so I arrived at the party without having to leave my single room.  Some of the rules were familiar: Attend class.  Be smart.  Get A’s.  Find a niche to Shine.  The rest of the lingo and culture we learned in College 101: WILD means a day off of class, drinking beginning at 10 am, a day-long college sponsored concert standing for ‘Walk In Lie Down’.  ‘The Quad’ is the best place for flag Frisbee.  RA’s will join the 2 am floor dance if you invite them.  Best friends forgo sleep the night before thanksgiving break and commiserate on the dramas of going home.  Sleep is optional at all times.  Caffeine is more essential than air. 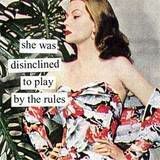 Banished from my dream college, I trudged to Crystal City, MO for yet another residential program.  In a bankrupt lottery winner’s mansion, I became the patient rules were based on.  A new center trying to cater to the individual and preach unconditional love despite destructive actions, I gave them a run for their money.  The endless diet coke supply became 2 a day.  Equal packets were doled out in multiples of 5 rather than the 200 I was using.  Molly Mcbutter could only be used as a topping, not a side dish, as was imitation vanilla, cinnamon, and mustard.  Walks were now monitored lest purging was the aim.  I learned to value movement over words and invest in art scribbles over childhood analysis.  I heard the staffing whispers of being stuck, unsure how to cure my tendency to crash every time I stepped out their front doors.  Rule #1: there must be a reason for sickness.  There must be a missing piece that will explain all.  Rule #2: Treatment centers are businesses looking for a profit.  Rule #3: Having an anorexic child in a treatment center across the country doesn’t qualify you to open your own program.  Rule #4: Actions are trusted more than declarations.  Body memories are not to be disputed.  Rule #5: Programs can ravage a family and induce rather than cure sickness. Rule #6: Professionals can be horribly wrong.  Rule #7: Professionals aren’t always Professional.
In Buffalo Gap, Texas, the standard was confrontation and voicing your anger, one day at a time and tough love. I moved out of the residential center and tacked up pictures in the doublewide trailer nee halfway house, greeting the neighboring buffalo, Bob, for my morning walks.  I filled my days with group lessons on identity and anger. I’m Lauren: anorexic, bulimic, obsessive compulsive, sufferer of anxiety and depression, co-dependent, love avoidant, and survivor of emotional abuse. And then braced myself for the inevitable rash of confrontations.  Lauren, I feel anger when you purge behind the bushes and I would need or like for you to get with the program or get out.  Lauren, I feel anger when you sneak more than 2 Splenda packets at breakfast, and I would need or like for you to get honest.  Lauren, I feel anger when you skip your butter at dinner and I would need or like for you to follow the rules.  I clenched my jaw with stone cold eyes and vowed no seeable response, acting like I couldn’t care less as my best revenge.  Rather than using the peer pressure as a motivator to take steps toward recovery, I garnered my fury as fuel for increased deceptiveness and honed my manipulative talents.

We had a lingo out in middle-of-nowhere Texas, fluent in 12-step clichés and tough love.  ‘Trying is lying.” “No is a complete sentence.” “Everything after ‘but’ is bullshit.”  For a girl who skittered away from frustration and spent a childhood sweeping up hurt feelings after my brother’s illegal angry displays, I learned to join in the cacophony of confrontations and found a home in our ramshackle trailer house.  The rules were clear, laid down by BMW speeding Queen, ex-pill addict, covered with spikes unless you became one of the chosen few, which I did.  Straight shooting and crass with manicured toes, Cindy had little patience for clients wasting her time, and led anger groups that ended with foam bats beating pillows and anorexic twigs tapping into years of stifled rage as they wrestled with her, often winning, to ‘get it all out’.
The Written Rules: A meeting a day.  Read your big book every day.  Pray daily.  Eat 3 meals a day, no white flour or sugar.  No snacking in between meals.  Work the 12-step program.  No purging.  No binging.  No drinking.  No drugs.  No cutting.  No isolating.  No gambling.  No raging.  No sex.  No over-exercising.  Attend all groups.  The Other Rules: The 12-step program is the only way to get better.  You must find a higher power if you will recover.  We know what’s best for you, so before making any decisions, bring it to group for ‘feedback’.  Staying close to the treatment center is the only way you’ll (Lauren and other frequent flyers) ever reach any semblance of recovery.  Blunt truth is always the best option.  Any action that steps over normal limits gets labeled as addiction, leaving me with no acquaintances that didn’t need some 12-step program.  Years later, it sounds cultish and crazy, but this coddle-free corner worked for me at the time.  I became one of the inner circle, a yearlong patient twice, both times moving to buffalo gap once I finished or was kicked out of the program.
In psychology graduate school, the outlook was that of dysfunction, healing.  We learned how to soothe client’s wounds after making sure that our own scabs had stopped oozing.  I found a cohort of wounded healers, classmates drawn to the profession of sickness with sob stories seeping out of their baggage in the hall. Back in Arizona, I learned that family is a unit that stands together and falls together, that love has no limits but can also bring a family to its knees.  The guidelines were clear: keep breathing, if not for yourself then for us. Living out of guilt was my default position, and when I tried to quit, the Rule Makers forced my hand. 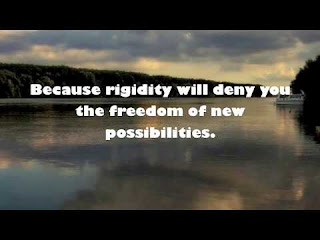 Shipped off to Malibu, I learned independence, feminism while still performing the people-pleasing dance.  There were all of the familiar rules: no cell phones, iPods, and novels not pre-approved.  30-minute meals with Ensure to make up the difference.  Exercise must be earned and groups were mandatory.  Within these, I managed to carve out space to breathe, encouraged to pen my own rules for life, but after a lifetime of institutions, I simply looked to my adored therapist and adopted hers.  I flipped from ‘worst patient ever’ to ‘star patient’ and each identity came with clear-cut mandates. I might have found space to ponder my life view, but I excelled at Hero Client, miracle story complete with vows of a bigger life and bread pudding for dessert.  I knew what I believed only by the reflection from others, and culled together opinions on politics, love, career, and life without ever having a unique thought.
In west LA, in my own apartment, there are no rules written on the chalkboard, no mindset that I can put my finger, dictating values and opinions. Being an obsessive order craver, I decide to make my own rules.  Some are old, some have been taught, and some are only applicable for today. The beauty of authoring your own constitution is that you get to add amendments at any moment without a majority vote.
For my own rules, see RULES FOR PLAYING but these sum it up pretty nicely! 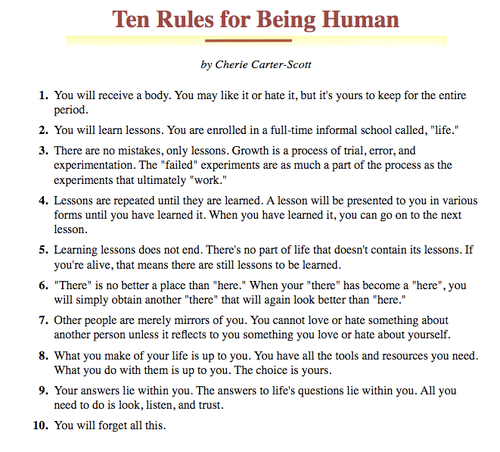