Monsters Under the Bed 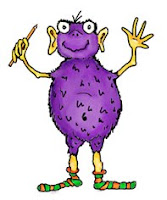 It seems that so often we think of children’s fears as sweet and insignificant, exchanging knowing glances of their heads as we go on a boogeyman raid in the closet and banish the ghosts from the corners of a dark bedroom.  Because it’s somehow allowed to have these irrational fears as a kid – and as adults, we can see the obvious: that there’s really nothing to be afraid of, that there are no monsters beneath the bed, that they are safe. How I wish that my fears today could be as easily banished with a flashlight and a soothing voice.
Come to think of it, even as a kid, my fears were resistant to soothing.  Always being precocious, I bypassed the boogeyman phase and leapt straight to fear of death – not my own but rather my parents.  When I was eight, I refused to go to sleep.  I’d lie in my bed, hypervigiliant to the footsteps of my parents and every time they seemed within earshot, I’d call out, “Good night. I love you!”  While this might appear harmless at first, after hours of this, I can only imagine my parents’ frustration as they tiptoed through the hallways, avoiding my end of the house, seeking only for some “sans enfant” hours (my parents reverted to French when they wanted to speak in code once we broke through the spelling code…small glitch though…my father’s recollection of the French language was on par with an eight year old, often leaving him the one out of the loop).  So at the slightest hint of a shadow across my bedroom door, I called out my refrain, “Good night, I love you.” And if they didn’t respond, my panic great. Being a budding co-dependant, I was terrified that something would happen to them during the night and they wouldn’t know that I loved them.  So, when their strategy to induce sleeping turned to simply ignoring me, my panic only grew.
Now, to be fair, did I tell them what I was afraid of? Of course not – and why, I have no idea.  I think it was the knowing that as soon as you put something into words and make it concrete, it becomes more real, and I had the innocent notion that somehow I was protecting them from certain death by keeping my fear close to my chest.  Plus, I knew, even then, that whatever they might say to try to soothe me or erase my fear would fall short. After all, they already promised that nothing bad was going to happen to them and that we were all safe at home. But really? I knew that wasn’t true. We are descendents of the Holocaust and I was convinced that at any moment, I would be watching my family in the line to the right stepping in to the gas chambers while I took on the sidelines helpless to save them and wanting only to join them to avoid the worse fate of being the only survivor.
And, never wanting to make anyone feel ineffectual, if they had tried to ease my worried brain, I felt the pressure to reassure them that I felt much better thank you and now I was fine…and it’s the pretending that kills you in the end – the mask of being fine when fear overwhelms. So night after night, I insisted, “I love you! Mom? Mom? I love you! I love you!” still, over 20 years later, I feel the panicky anxiety of the silence that followed, waiting, praying for her to answer…”please, please understand the hidden message I’m trying to send…I’m scared and I don’t know how to make it better.”
Funny, things haven’t changed that much over the years. The wording of the fears have changed but that certainty within me – that reluctance to share my fears to avoid the inevitable pep talk that never seems to induce lasting change in the way my brain works. Plus, the practical suggestions that so often come as solutions I tend to find insulting. I know it’s not fair, and I know my inclination when someone has a problem is to do that exact thing – try to fix it. And yet, my skin bristles with defensiveness when quick fixes are suggested, and I feel insulted because if there was a simply, rational solution, I probably would have thought of it. But that’s the thing – fears aren’t rational. And so the rational solutions are like trying to combat nuclear bombs with magic wands.
So often when I write down my fears of today, they seem small and silly, as if they should be easily overcome – and so I label them stupid and childish, shrugging them away as if I ignore them for long enough, they’ll evaporate. All evidence to the contrary. Rather they gain strength and garner support, recruiting new fears into their army.
Fears of the moment:
Some larger than others, they whisper their theme….what if you’re just not good enough? Just not enough?

When I look at them on paper, it seems clear that they are no longer useful, but in the moment, they are seductively powerful and I long for a strong enough flashlight to clear out the closets of my brain. What we don’t tell the children is that there are monsters under the bed, but we’re the ones who put them there and the ones who keep them there.  And so it stands to reason, we’re the only ones who can set them free.
Perhaps it’s time for some spring cleaning beneath my bed.
at 4:29 PM