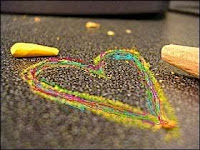 I must be missing something.  Perhaps if I read it a 3rd time, I’ll find the line explaining the joke. Maybe I’ve stumbled onto a humor website and am just having trouble locating the laughter. Maybe the coffee hasn’t swept the sleepy haziness aside yet and I'm weaving fiction with real life.  But the third reading is no different than the first, still inducing my solo rants as I shake my head in disbelief.  Apparently, my definition of Summer Camp is horribly outdated.  Apparently, despite the water skiing, sailing and arts & crafts, camp as I remember it was lacking in essential activities.
Apparently, the place to be is Hamas’ Summer Camp, where you can learn about Islam and studying the Koran, but “children also learn to fight in the Jihad against Israel. Children are taught weapons training, hand-to-hand combat, as well as the use of explosive belts for suicide missions.”

Today, Hamas Terrorists burned down a second UN camp in Gaza.  A camp for their own children…I’ll give you a moment.  The first camp was burned down in late May, when Hamas council member Younis al-Astel repeatedly lambasted the UN camps for being “coeducational, and claimed that campers there used drugs, learned how to dance, and worst of all, were taught about reconciliation between Gaza and Israel.”
Heaven forbid children are taught tolerance, forgiveness, and compromise. Imagine the horrors that will ensue. 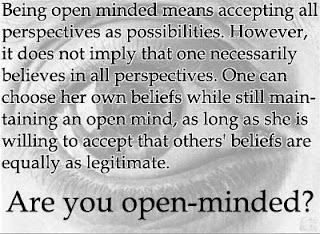 I have trouble keeping perspective while reading articles like these. I have trouble putting myself in the opposing shoes, trouble locating my compassionate understanding, and trouble twisting my brain to try and keep an open mind.  I can see how the co-ed activities could be problematic for Islamic families, and claims of drug use are a definite problem.  But as of August 2009, boys and girls no longer intermingled while they played.  And given a choice between rumors of drugs versus Bombing 101, I have to choose drugs.
Maybe I'm not being fair or I don’t have the whole picture.  Maybe there are undisclosed evils going on at the UN camps and Hamas Terrorists have justifiable reasons to commit arson.  Maybe children at the Hamas camps didn’t really put on shows of re-enacting the Gilad Shalit kidnapping.  Maybe.
But in a month of flotilla raids, blockades, claims of starvation and lacking medical supplies, I am having trouble accessing my tolerance. Amidst worldwide attention to their plight, Hamas chooses to hurt their own?

I grew up in a world where the children were our future, where the hope of society laid at the feet of the next generation.  I was raised to believe that we protect our children, cherish them, and stand in front of the fire for them. I was taught that peace rests with our children, a generation absent of prejudice and wounding history, a population who could learn to laugh together without the ancient grudges and political clashes of their parents.  I assumed that children were off-limits, excused from paying the price of summer happiness with burnt playgrounds for political gain.
I should never assume.
It pains me to see children used as pawns for religious agendas.  It pains me to imagine little boys and girls rapt with awe at the sight of shiny guns and stories of eternal glory.  It pains me to realize that rather than utilize the aid being offered, Gaza terrorists would rather make a statement, sacrificing the children in favor of making headlines.
I understand standing up for what you believe in.  I understand making a point, regardless of the personal cost.  I understand loyalty and patriotism, along with fighting for freedom.  I understand living by your faith and refusing to compromise your beliefs.  I understand. 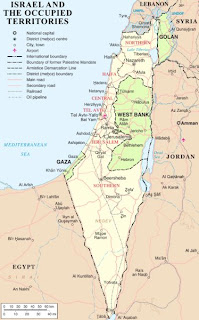 But I don’t understand where this ends.  I don’t understand what the goal of burning down the UN camp was. I don’t understand teaching innocent inquiring minds how to carry out suicide missions.  I don’t understand using bullets as words and bombs as rallies.
Maybe if I did, I would have some solution to suggest or an innovative program that miraculously would result in Israeli and Gaza children holding hands and skipping across fields.  Maybe if I knew more, was more open-minded, more compassionate, or more tolerant, I would skip over this article as par for the course.  Maybe I wouldn’t be shocked or outraged, aching and angry. Maybe I would be hardened to the bastardization of summer camp and unmoved by a fire that cost no lives.  Maybe.
But for the moment, I'm just outraged without a plan, irate without a soothing balm.  I am illiterate in the verse of terror, and sit at the brainstorming table silent with solutions. 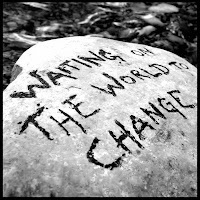 How to establish peace without losing ourselves? How to co-exist while still holding on to our dreams? How to compromise without sacrificing all we have fought for? How to call a truce when one side is willing to die to win? How to find common ground on a soil etched with history?  How to make a world for our children where summer camp lacks terrorism lessons and all can stroll the streets without the fear of exploding buses?
I wish I had the answer.
at 4:15 PM