NY Times: He'd Rather Not Talk about 'Don't Ask, Don't Tell'
The chairman of the House Armed Services Committee said Tuesday that he thought the military should keep its ban on openly gay service members in part because he did not want to open a national discussion about homosexuality. The chairman, Representative Ike Skelton, a conservative Missouri Democrat, said he thought the debate in Congress over the proposed repeal of the “don’t ask, don’t tell” policy might force families to explain homosexuality to their children. “What do mommies and daddies say to their 7-year-old child?” Mr. Skelton asked reporters at a news media breakfast.


Yes, let’s develop military policy based on censoring the dinner conversation. Let’s continue oppressive regulations on the basis of fear. Let’s opt for a regime of shameful secrecy lest we are forced to actually talk to our children. Does making military decisions based not on national security, but rather on how it will play out in the media, strike anyone else as ridiculous?

What scenario is Mr. Skelton’s homophobic brain painting that justifies maintaining oppressive regulations? Is he envisioning hordes of seven year olds, armed with the knowledge that sometimes men love men, suddenly taking to the streets to scream their newfound homosexual passions? Does he believe that mere information suddenly propels children from swing sets to Gay Pride marches? 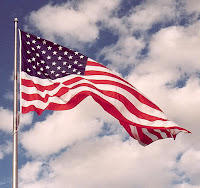 What do mommies and daddies say to their 7-year-old? How about the truth? What about explaining that everybody gets to love whomever they want, and that whomever they love won’t change the fact that their parents support and adore them? How about saying that whomever your daughter loves is ok, and then waiting to hear her questions? How about using the moment to feature tolerance, showcasing beauty in the differences, tying in minority shades to illustrate the picture of America?

What do mommies and daddies say to their children? Maybe it’s time to stop worrying about exactly what words to use, and simply start talking. The village will raise our children if we choose to stay quiet, but we won’t get veto power over the broadcasted lesson plan. And I promise that the subject of homosexuality will come up. Do we really think it’s the military policy that sparks bedtime chats? Don’t you think your son will ask about his friend’s two mommies, or your daughter will want to know why those two men are kissing in the park? Where are these parents living that their children are glued to C-SPAN and demanding explanations based on senate votes? 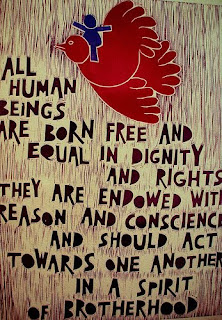 Homosexuality isn’t spread by word of mouth, isn’t transmitted by facts, and isn’t induced by mere exposure. If we are going to be a nation of peace or a culture allowing for individuality, then it is up to us to foster compassion and tolerance, kindness and education. It is up to us to nurture a generation who sees in color, hears beauty in accents, and feels safe in a gray tinged world. Let’s pursue the discussions, value the learning, and take opportunities for connection. Cherish the questions and plant fairness in the hopes of a future filled with groves of freedom.

Yes, there might be squirming – I'm talking about the adults – and yes, it’s hard and requires thought as to what your own views are and what you want to teach your children. Yes, it’s easier to distract with shiny objects, to tug small hands past struggles and differing opinions, to switch the channel or obfuscate with ice cream cones. Yes, as parents, you want to protect from pain, prevent heartache, avoid hardships and ensure a softer road than the one you traveled. Maybe you think that homosexuality is a sin. Maybe you think that being gay will only bring tears. Maybe you welcome any sexual preference as natural but still hope for traditional marriage and grandchildren without two daddies. But has silence ever really been the answer?

Is it our belief that if our children don’t know homosexuality exists, they will all grow up to be heterosexual, tie-wearing businessmen, golfing on the weekends and sipping wine with their wives? Really? Wake up! If parents don’t do the talking, I promise you the world will. Seven year olds today have cell phones and email accounts. They know how to Google and watch Glee or Will & Grace. The information is out there, the discussion has started. So it’s your choice: you can take a stand and open your mouth or seal your lips and delegate the conversation to those that scream loudest. You can pass down your beliefs or you can leave it to the majority vote. But either way, I promise, children will be taught. 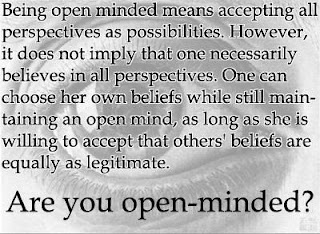 You want the current policy to stay in place, Mr. Chairman? Then blame your fears, your prejudices, and your homophobia. But drop the concerned parent act.