We Have an Epidemic

How Skinny is Too Skinny? JPost Blog by Elana Sztokman
Knesset Bill could ban too skinny models - The Forward: Sisterhood Blog


On one hand, I'm thrilled.  Taking a stand against the portrayal of emaciated models deserves a round of applause. Kudos to Israel for being the first to propose such a bill.  With the “Photoshop Law”, any models with a Body Mass Index (BMI) of under 18.5 would be banned from appearing in ads.  Well Done.  I vote Yes! 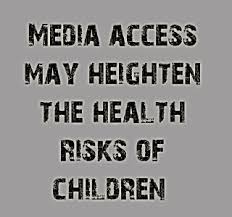 On the other hand, will this bill really make a difference? Does the law target the right population? By focusing on the models and requiring them to toe a line on the scale might just encourage more body consciousness, albeit in a healthier direction.  Don’t get me wrong – I'm all for the bill.  But perhaps, instead of making the models pay the price, it would be more productive to target the advertisers, clothing designers and companies at the source of the message. Rather than induce weigh-ins where models are fired for dropping below or above a magic number, could we instead somehow target the source?

And the answer is it’s much easier to hone in on a particular number and then set out to enforce it than to shift the theme of the advertising messages.  Dove had the right idea a few years ago when it launched it’s Love Your Body campaign, filled with ‘normal’ woman and commercials of little girls, girls who should have been swinging on playgrounds and doing summersaults, talking about how they wanted to be skinnier.
It’s a bit of a catch-22.  I value free speech, but I also value our children, our teenagers, our women and men who spend lifetimes pursuing just five pounds less, one more mile to run, one more body part to fix before they contemplate happiness.
It is an epidemic.

It’s a worldwide crisis that no one wants to touch, a virus that lurks around the edges and muzzles us, each of us too enmeshed to see the truth.  It’s not a women’s problem or a United States problem.  It’s not a teenage issue or simply vanity.  We have a world of humans carving off pieces of their stomach along with their soul, shedding layers of fat mixed with personality, shrinking their thighs while shrinking their lives.  We have Atkins, Lo-Carb, Lo-Fat, Lo-Taste and “Lose 25 pounds by Friday”.   We have diet pills, caffeine pills, methamphetamines, and laxatives as weight loss tricks.  We have ‘just a few more pounds’ and dry salads, cottage cheese with a side of body hatred.  We have ‘The Biggest Loser” and “Losing it with Jillian”; calorie counts at McDonalds and ten more sit-ups.  We have anorexia, bulimia, eating disorders Not Otherwise Specified.  We have eating disorder support groups, 12-step meetings, treatment centers, and hospital wings.  We have a world that slides along the Eating Disorder Spectrum, where no one gets out untouched.  You’d be hard-pressed to find anyone who can confidently state “I wouldn’t change one things about my body” or who doesn’t know someone suffering from the more fatal end of the spectrum.

We have an epidemic where little girls run laps on the playground and push aside their butter because “Mommy and me don’t eat butter.” We have an epidemic that supports a billion dollar enterprise, stuffed with scales and fat calipers, diet magazines, weight-loss gimmicks, ‘slimming’ jeans, and diet pills with pesky side effects of heart attack and death.  We have an epidemic that seeps onto our forks, popping up in the mirror to taunt us with our imperfections.
And yet, we stay silent.  We shake our condemning heads at the model who is composed of photo-shopped body parts and tsk at the withering figures draped in the latest couture.  We lament the evils of the media while we order our dressing on the side.  We break glass ceilings and walk on the moon, secure only when the scale flashes our magic number.

So I think this ‘Photoshop Law’ is a good start.  I think we need all the small steps we can get.  I think the protest starts at our kitchen tables and our rallies need to show up in the bathroom mirror.  I think we start anywhere we can to diminish this epidemic.  Choose high taste over low-carb.  Choose playing in the park over treadmill calorie counters.  Choose gratitude for the miracle of our bodies over lists of parts to fix.  Join the underground community of woman refusing to lose, who stand up for their spot in the world.
If you want a bigger life, you might have to wear bigger jeans (Anna Kowalski)
It’s time to donate jeans that mock of ‘some day’ and slide into a life that matters.  It’s time to vote yes for any bill that helps portray healthier women and to take our cue from Israel as we muzzle those that profit from our self-hatred.  We take small steps. We start local.

We start with ourselves, including me.
at 12:09 PM