Hold on! Hold on! 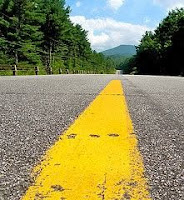 And so, in a rare instance of obedience, he gripped the seat belt and watched his sister float to the inner roof of the car. Hold On! Hold on to what? In the absence of anything stable, anything that would make this car brake in its tracks, and anything that would prevent the summersaults down the grassy hill, he tightened his grasp on the seatbelt and waited for further instructions.  If his dad said to ‘Hold On’ in an upside down nightmare, then he would ignore flying glass and simply clench the belt of protection.

She hears the Hold On! in the background, but remembers nothing but the orange juice.  They seemed to appear from the edge of the road, bystanders rushing to the rescue with Dixie cups amidst the shattered glass and purse items strewn about the hill.  The car landed upside down, and the juice people set about pulling first her brother out of the window and then her mother.  She must have been rescued too, but can’t remember.  Did she simply wait inside the crushed metal, watching her family emerge? Did some kind fellow traveler gently carry her to safety? She can’t remember.  She remembers being amazed at the distance a purse could fly, and how far she had to hike to find her stuffed animal that had flown from broken windows during the roll.
He saw the impatient driver up ahead, rushing on a two-lane highway, tapping fingers and itching to pass.  He saw the impatient driver, and in a split second reaction, veered to avoid a head on collision.  Cat-like reflexes, he remained vigilant despite the heat waves emitting from the black tar.  He veered the rental car, and with a quick turn, protected his family from disaster.  He was a good driver.  Except small rental cars don’t always equilibrate fast enough, and swerves disappear into loss of control.  He felt the resistance of the wheel as the car steered to the right, a mind of its own, directly into the face of a looming truck.  He yanked the wheel to the right with a prayer, and closed his eyes as he yelled, ‘Hold On, Hold on.’

She runs her fingers over their faces, checking for 10 fingers, 10 toes, taking inventory of body parts in an effort to breath.  She scans their arms and legs, concentrating on their safety while ignoring shaking hands and a terror that threatens to overwhelm.  Huddled on the grass, brushing off glass shards before collecting wallets and chap sticks scattered by the side of the road, she gasps.  Blood.  He’s hurt.  Panic.  She calls for one of the emergency personnel amid the three fire trucks, two ambulances, and two police cars.  Hurry, he’s bleeding. He’s hurt. Quick.
Shh...Ma’am, it’s not him.  Look, you’re bleeding.  The window spikes must have cut you when you crawled out of the car.  Sshhh.  It’s ok.  He’s ok. Let’s go find a bandage and you’ll be just fine.
And she followed him despite knowing that it was a lie.  It wasn’t fine.  How could it be fine when they were all dead?
She watched her father limp across the highway, speaking with policemen, while she averted her eyes from the crumpled car.  Did no one else notice that he was hurt?  She knew he wouldn’t complain, wouldn’t ask for help, preferring to take care of them just as he took care of his patients back home in his white coat. She too took inventory: mom, dad, and brother all moving and talking.  She registered the shock of the cars that lined the roadside, jaws agape at their survival, awed at the miracle of a deadly crash without fatalities.

And the next snapshot is smeared with ice cream.  Double scoop cones while swinging with feet pointed to the sky.  Out of nowhere, they found a park beside the police station, and she took turns on the slide with her brother, whiling away the sunny afternoon, shattered glass forgotten and melting ice cream to soothe the fear.
They sat on another hill watching their young children play upon flower-lined paths.  Lush grass and impromptu jungle gyms...she had been right.  They had died and this was heaven.  She turned; brow etched with panic, searching her husband’s eyes for reassurance, evidence of the living.  Were they dead? Was this the blissful afterlife, complete with sweet drips of chocolate and children’s laughter? There was no way they had survived.  There was evidence: the twisted steel, screams, ambulances, and glass. But yet, they were still there, patched up and playing, holding hands while crossing the street, and shielding eyes from bright sun. How do you prove life? How do you discriminate heaven from earth, blessings of the mortal from gifts of eternity? She sat in her unknowing, holding her husband’s hand, and waiting for the next clue.

It would linger, hiding during night driving and lurking in shadows of dreams.  It etched scars of fear, terror of the unpreventable, and panic in sharp turns and screeching halts.  It was filed away, tucked behind vacation pictures, a blip in family history best forgotten.  They didn’t analyze or discuss.  They didn’t comb over details, but steered clear of that rural highway that threatened existence.
Normalcy returned, sibling bickering and harried parents rushing to make the flight home.  And as they buckled their seat belts during take-off, he held her hand over the sleeping heads of their children, and whispered, Just hold on.  We’re all okay.